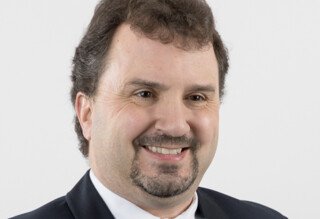 Bertrand Moren was born on June 26, 1976 in Vétroz, Switzerland. He received his first piano lessons at the age of six before entering the class of famous pianist Edith Fischer. In June 1998, he obtained the piano teaching diploma from the Swiss Society of Music Pedagogy. Along with his piano studies, he took courses in musical training, harmony, analysis and the history of music at the Sion Conservatory.

In June 1999, he obtained his Certificate of Superior Studies in Trombone at the Geneva Conservatory. Bertrand Moren has already won numerous awards as a solo trombonist; he is notably laureate of the Swiss Championship of Soloists of Brass Instruments, of the soloist competition of the Swiss Entertainment Contest and of the Swiss Music Competition for Youth. Bertrand Moren has performed with various instrumental groups (Quartet, Quintet, Brass Band, Wind Band, Chamber Orchestra and Symphonic Orchestra), but he reserves his preference for Brass Bands, in general, and Brass Band 13 Étoiles in which he is a solo Trombone, in particular.

Its catalogue includes 60 works for Harmony Orchestra and for various brass groups (Brass Quartet, Tuba Quartet, Brass Ensemble and above all Brass Band). With the piece European Overture, he won, in 1998, the first jury prize as well as the audience's prize at the European Composition Competition of the European Association of Brass Bands, which enabled him to compose the work imposed in first category at the European Championship of Brass Bands in Munich in April 1999: The Bandsman's Challenge. In 1998, the Fund for the Development of Music for Brass Band in Switzerland awarded him the Ernst Graf Prize which rewards his composition work. In autumn 1999, he made his first compact disc (The Joy of Youth) devoted to fifteen of his compositions for Brass Band and Brass Quartet. Since 1996, Bertrand Moren has honored numerous commissions for works from associations, training groups (National Youth Brass Band) and Swiss committees when important national cultural events but also European organizations (European Brass Band Championship).

In 1998, Bertrand Moren was appointed head of the Brass Band Concordia de Bagnes, with which he took second place (Brass Band division - first category) at the Fête Cantonale des Musiques Valaisannes, in June 2000. Since 2002, he has been also conducting the Brass Band Marcelline de Grône, a group classified in the first category.

Bertrand Moren currently divides his time between teaching, instrumental practice (trombone and piano), composition and conducting. Also, an accompanist pianist, he devotes himself a great deal to the accompaniment of brass instruments.